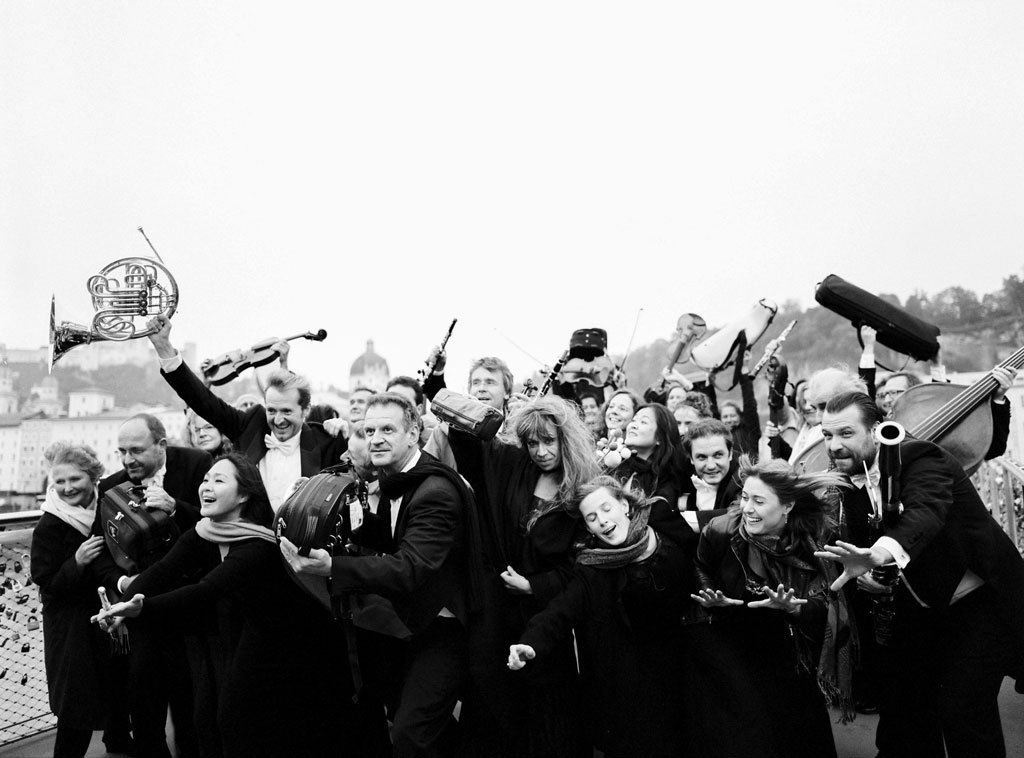 Adagio in F major from the String Quintet WAB 112

The String Quintet in F major, composed between 1878 and 1879, is Bruckner’s only contribution to chamber music, except for a “student piece” in the composer’s own words, which was written in 1862 and comprised of a string quartet that was not discovered until after the Second World War and published in 1955.

The string quintet was commissioned by Joseph Hellmesberger, who at the time was conductor at the Vienna Conservatory and leader of an excellent quartet. In fact, Bruckner’s commission was to compose a quartet, but Bruckner added a second viola to the quartet formation (two violins, viola and cello) in order to emphasise and particularly enhance the middle range of the string spectrum, therefore making a quintet.

This boldly counterpoint-driven piece features four movements, of which the third, Adagio, will be performed today, giving us the chance to hear the sheer beauty and expressive force of its two themes. The main theme, largely expressed by the first violin, is harmonised with lavish counter-songs. The first viola introduces the second theme over a delicate accompaniment from the high-pitched strings. The ensemble builds in intensity until it reaches a culmination of powerful emotional force and ends very softly and delicately.

Although Mozart was a great pianist, he also acquired extensive violin training from his father, Leopold (author of the Treatise on the Fundamentals of Violin Performance, published in 1756, the year of his son’s birth). It is therefore not surprising that Wolfgang was attracted, as a composer, by the magic of the violin, and so in less than a year (in 1775, in Salzburg, at the age of 19), he composed five concertos for violin and orchestra.

The Violin and Orchestra Concerto No.  4 is one of the most virtuoso concertos in the suite, where the orchestra takes a supporting role in favour of the soloist.

As usual, this concerto is structured in three movements.

Mozart begins the first movement, Allegro, similarly to several of his later piano concertos, with a trumpet fanfare theme featuring the full orchestra in unison (but without trumpets). An almost fanciful little string melody follows this theme. The solo violin cadenza appears at the end of this movement, followed by the orchestral tutti to end conclusively.

The second movement, Andante, begins, like the first, with an introduction by the orchestra followed by a calm and serene song by the soloist, echoed by the oboes. Later the soloist repeats the same melody, alternating between the high and low ranges of the instrument. This movement also ends with a violin cadenza, and this time the orchestra’s emergence will provide a gentle and serene ending.

In the last movement, a Rondo, the alternating tempi Andante grazioso and Allegro non troppo give it a flexible, somewhat fantasy-like structure. Following the repetition of Andante and Allegro, a secondary theme appears, introducing a tonic pedal to the oboes and soloist, providing a change in both tempo and style. The repetition of the first two sections brings the Rondo and this concerto, full of Mozart’s characteristic beauty and genius, to an end.

The two serenades (op.  11 and op.  16), composed between 1857 and 1860, were Brahms’ first published orchestral compositions. They were written during his stay as a chapel master at the court of Lippe-Detmold (1857-1860), where he had a rich library to study writing procedures for horn and wind ensembles.

This could be the reason for the choice of instrumentation in Serenade No.  2. In the score, Brahms favours a full woodwind section, plus two horns, and rejects trumpets and timpani as well as violins. Brahms would again exclude the violins around seven years after the composition of this serenade. This would occur in the first movement of A German Requiem.

His choice of instruments for the serenade gave him a very particular set of sounds to work with. What is lost in the brightness of the high strings is gained in the warmth of the low strings, where the viola is the highest-pitched voice. The shift in string sonority is compensated for by the robust qualities of the chosen wind section.

Brahms divides the piece into five movements. In the first, Allegro moderato, the winds begin by sketching the main theme. Brahms develops the theme as the music progresses, sometimes with fragments leading to more energetic motifs.

Then follows the first of the two scherzos, Vivace, where the composer hints at the music of the Hungarian immigrants he heard in his youth.

The Adagio non troppo, which takes centre stage, was Clara Schumann’s favourite movement, and it is said that she played it over and over again on the piano. Brahms employs a unifying device that brings these parts of the serenade together as he transforms the first movement’s theme into its fundamental motif, giving it a great dramatic beauty that contrasts with the preceding and following movements.

Brahms dispenses with the horns in the fourth movement, Quasi menuetto, and creates a second scherzo that is lively and elegant at the same time.

In the last movement, an Allegro-tempo Rondo, we find a hunting ambience in the main theme, combined with a variety of mood changes, and contrasting secondary themes to end the work brilliantly, which Brahms accomplishes with his mastery and increased use of the piccolo in the instrumentation.

Serenade No. 2 is dedicated to Clara Schumann, and while he was writing it, Brahms sent her manuscripts of the work to ask for her honest opinion. She replied briefly that she loved the music in almost every way and that the moments she liked less would need only minor changes.

The end result is a most beautiful piece for small orchestra, with an intriguing orchestration in keeping with the heritage of Mozart’s best serenades.

The CAMERATA Salzburg is one of the leading chamber orchestras worldwide. Invitations to the most prestigious venues from New York to Beijing complement the orchestra’s concert activities in their hometown, Salzburg.
The CAMERATA has been one of the core ensembles of the Salzburg Festival and Mozart Week since 1956. The subscription series of the CAMERATA in the great hall of the International Foundation Mozarteum is a pillar of Salzburg’s musical life.

At the center of the repertoire, in addition to the works of Joseph Haydn, Ludwig van Beethoven and Franz Schubert is, of course, the work of the “genius loci” Wolfgang Amadeus Mozart. Over the years, mainly the typical “Salzburg Mozart sound” has made the CAMERATA an international ambassador and musical figurehead of the city of Salzburg.
Highlights in recent years have included appearances at the Festival de Pâques in Aix-en-Provence, the BBC Proms in London, the Enescu Festival in Bucharest, the Beijing Music Festival and the Carnegie Hall in New York. The CAMERATA has a close cooperation with the Wiener Konzerthaus and appears regularly in the Tonhalle Zurich, the Alte Oper in Frankfurt, the Kultur- und Kongresszentrum Luzern, the Prinzregententheater Munich, as well as the Cologne Philharmonie and the Philharmonie de Paris.

When Bernhard Paumgartner founded the orchestra in 1952, the artistic credo of each individual member was clear: making music on one’s own responsibility within the CAMERATA community. A maxim that the orchestra and its members live to this day. Long time mentors Bernhard Paumgartner and Sándor Végh shaped the world-famous “CAMERATA sound”. After Végh’s death, Sir Roger Norrington, as chief conductor, had a lasting influence on the orchestra. Today Sir Roger is the Director Laureate of the CAMERATA. His successors as artistic directors were Leonidas Kavakos and the French conductor Louis Langrée. Since 2016, the musicians at the CAMERATA have taken artistic direction into their own hands.

Led by their concert masters Gregory Ahss and Giovanni Guzzo as “primus inter pares,” the musicians work together to interpret sound and its subtleties, as well as the music behind the notes. In this way, even in the seventh decade of its existence, the CAMERATA maintains a “joy of playing that is contagious” (Neue Zürcher Zeitung). The CAMERATA regularly concertizes with its artistic partners Renaud Capuçon, François Leleux and Fazıl Say, along with guest conductors such as Andrew Manze, Sir John Eliot Gardiner, Manfred Honeck and Ingo Metzmacher.
The CAMERATA has recorded over sixty productions for well-known labels such as Deutsche Grammophon (most recently The Messenger together with Hélène Grimaud), DECCA, Sony or Warner Classics – many of which have won important prizes -, testifying to the excellence and dedication to the music of the CAMERATA musicians. 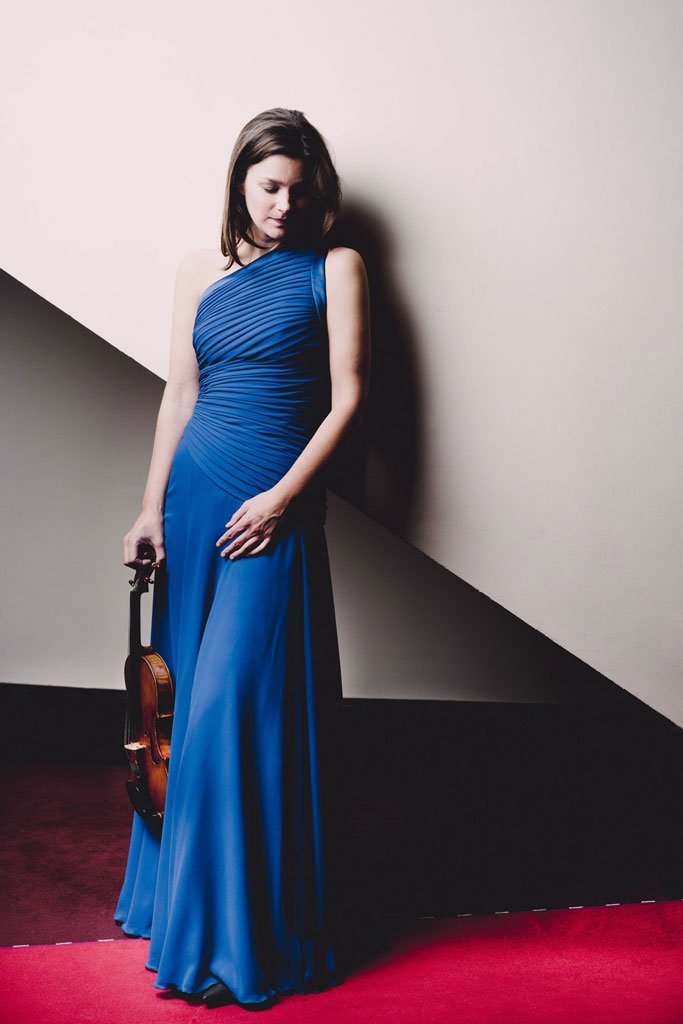 “Among the world’s star soloists, she’s as keen a listener, as adept and intimate a chamber partner, as it gets”.
The New York Times

Violinist Janine Jansen regularly works with the world’s most eminent orchestras and conductors. In season 21/22, she has joined the Berliner Philharmoniker under Chief Conductor Kirill Petrenko to perform their prestigious New Year’s Eve concerts and return later in the season for concerts with Sakari Oramo. Further highlights include engagements with the Symphonieorchester des Bayerischen Rundfunks/Mallwitz, the Tonhalle Orchestra/Järvi, the Santa Cecilia Orchestra/Pappano, the Orchestre de Paris/Saraste, the Swedish Radio Symphony/Mäkelä, the Philharmonia Zurich/Noseda and the Camerata Salzburg. Spring 2022 also returns to the London Symphony Orchestra for performances under Gianandrea Noseda.

Orchestral tours across Europe are planned with the Chamber Orchestra of Europe, the Amsterdam Sinfonietta and the Deutsche Kammerphilharmonie Bremen under Paavo Järvi.

Together with pianist Denis Kozhukhin, she will offer a duo recital programme across major cities, including Vienna, Amsterdam, London, Berlin, Munich, Madrid, Barcelona, Brussels and Rome.

Janine records exclusively for Decca Classics. Her latest recording, 12 Stradivari, released in September 2021, is a unique exploration of 12 great Stradivarius violins and the repertoire these extraordinary instruments inspired. Janine Jansen specially curates the chosen repertoire to showcase the unique qualities of each violin.

Aside from her successful Vivaldi’s Four Seasons recording back in 2003, her discography includes performances of Bartok’s Violin Concerto No. 1 with the London Symphony Orchestra and Brahms’ Violin Concerto with the Orchestra dell’Accademia Nazionale di Santa Cecilia, conducted by Sir Antonio Pappano. Other recording highlights include Beethoven and Britten with Paavo Järvi, Mendelssohn and Bruch with Riccardo Chailly, Tchaikovsky with Daniel Harding, Prokofiev Concerto No. 2 with Vladimir Jurowski, as well as two recordings featuring works by J.S. Bach. Janine has also released several chamber music discs, including Schubert’s String Quintet and Schönberg’s Verklärte Nacht and Sonatas by Debussy, Ravel and Prokofiev with pianist Itamar Golan.

She is Guest Artistic Director at the International Chamber Music Festival Utrecht, a festival she founded back in 2003. Since 2019 she is Professor of Violin at the HÉMU Sion (Haute École de Musique Vaud Valais Fribourg).

Janine has won numerous prizes, including the Herbert-von-Karajan Preis 2020, the Vermeer Prize 2018 awarded by the Dutch government, five Edison Klassiek Awards, der Preis der Deutschen Schallplattenkritik, the NDR Musikpreis for outstanding artistic achievement and the Concertgebouw Prize. She has been given the VSCD Klassieke Muziekprijs for individual achievement and the Royal Philharmonic Society Instrumentalist Award for performances in the UK. In September 2015, she was awarded the Bremen MusikFest Award. Janine studied with Coosje Wijzenbeek, Philipp Hirshhorn and Boris Belkin.

Janine Jansen plays the Shumsky-Rode Stradivarius from 1715 on a generous loan by a European benefactor. 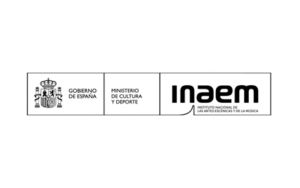